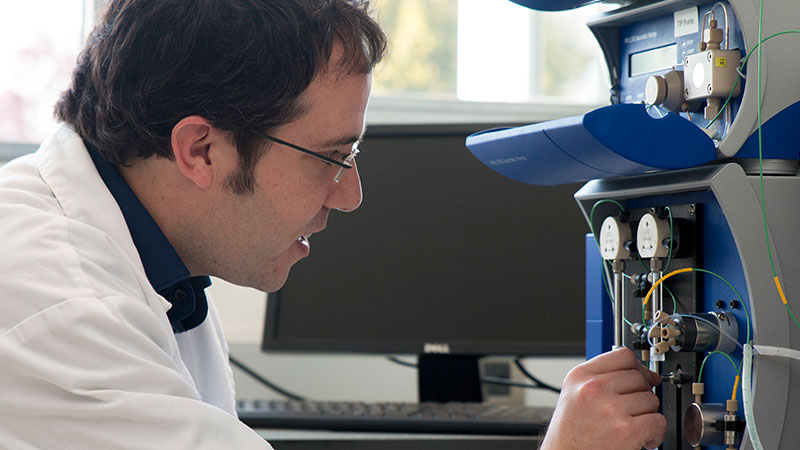 My research focuses on environmental fate, behaviour and transport of trace metals, organic colloids (humic substances) and engineered nanomaterials in natural waters and soil solutions; bioavailability of toxic elements and nutrients; wastewater treatments based on adsorption and ion exchange; and thermodynamic properties of ionic liquids, polyelectrolytes and salt solutions.

I was a visiting researcher at the Centre for Ecology & Hydrology-Windermere (currently in Lancaster, UK), Università di Messina (Italy), Universitat de Barcelona (Spain), University of Edinburgh (UK) and an invited professor at Universidad de Concepción (Chile).

My awards and memberships include the 1999 1st National Award for Excellence in Academic Performance (Degree in Chemistry), fellow member of the Spanish Royal Society of Chemistry (Colloids & Interfaces and Electrochemistry chapters), the Network on Theoretical and Computational Chemistry of Catalonia (XRQTC), the Spanish Nanotechnology Network (NanoSpain) and the EU Nanosafety Network.

I am the UdL coordinator of a M.Sci. Programme on Environmental Nanotechnology (EnvironNano), given jointly by the Universities of Zaragoza, Navarra and Lleida. I participated as a researcher in several EU FP5-FP7 R&D Projects (BIOSPEC, ENNSATOX, NANoREG, etc.) and I am currently co-Chair of the 2016 Interfaces Against Pollution conference to be held in Lleida in September 2016.

Lecturer in Physical Chemistry at UdL

Postgraduate Researcher at the Group of Physical Chemistry of Natural Waters (UdC, Spain)