Regulation and biotechnology of carotenoid biosynthesis and accumulation in maize endosperm 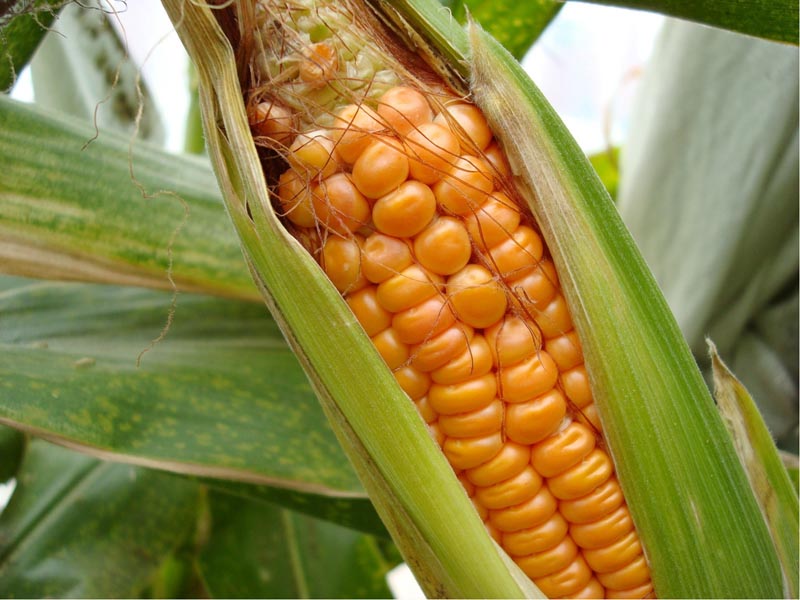 Over the last two decades, a number of carotenogenic genes have been cloned and used to engineer plants with high levels of carotenoids. However, little is known concerning factors responsible for the regulation of carotenogenic gene expression in higher plants. This severely limits our ability to benefit from predictive metabolic engineering of complex pathways aiming towards altered carotenoid content and composition in target plants beyond model systems. Maize is one of the most widely grown crops in the world, and is important as source of food, feed and bioenergy. Maize β-carotene hydroxylase 2 (ZmBCH2) controls the critical steps in the conversion of β-carotene into zeaxanthin in the endosperm. ZmBCH2 transcript levels are negatively correlated with high β-carotene and positively correlated with high zeaxanthin levels. In order to understand the regulatory mechanisms of ZmBCH2 expression, the 5´-flanking region of ZmBCH2 upstream from the translation start site was isolated and subjected to functional testing in transgenic rice plants. We found that the 774 bp 5´-flanking region contained all the necessary cis-regulatory elements responsible for GUS expression in transgenic rice endosperm. The basal promoter region of the 774 bp 5´ flanking sequence of ZmBCH2 contained one copy of prolamin box (P-box) and one copy of AACA motif, the binding sites for maize endosperm-specific prolamin-box binding factor (PBF) and GAMYB transcription factors (TFs), respectively. PBF and GAMYB TFs are involved in determining the endosperm specific expression of many storage protein genes in cereal crops. In the current project proposal, transgenic rice plants will be used to characterize fully maize PBF and GAMYB TFs in terms of whether they regulate individually or synergistically endosperm-specific ZmBCH2 expression. Overexpression or knock-out of one or both TFs in transgenic maize plants will be used to analyze simultaneously for endogenous ZmBCH2 and other carotenogenic and MEP pathway gene expression, as well as carotenoid profiles in different tissues and endosperm at different seed developmental stages in order to unravel the mechanism of ZmBCH2 expression controlled by theses TFs. Carotenoid stability is a recurrent problem in applied biofortification programs. We will carry out Yeast-Two-Hybrid, GST Pull-Down and Biomolecular Fluorescence Complementation assays to define the interactions between the isolated TFs