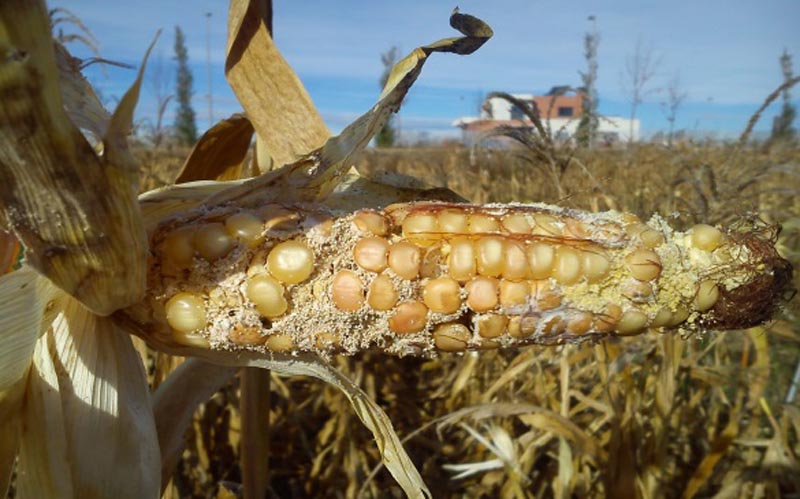 In the last decade, mycotoxins have become a first order problem of food security due mainly to climate change. Mycotoxins are substances produced by certain species of filamentous fungi which, even at low concentrations, are toxic to both humans and animals. They can enter the food chain directly through consumption of mouldy grains, nuts and fruits and their processed products, or indirectly through the consumption of animal products (meat, eggs and milk) as result of consuming contaminated feed by livestock.
Nowadays, despite progress in production processes and storage of food, there is no a completely effective method to prevent fungal contamination and toxins accumulation. Given the inevitable accumulation of mycotoxins at preharvest, it is necessary to develop methods for detoxification, reduction or elimination of mycotoxins in raw materials and feedstuffs.
For this reason, this project aim to develop a new advanced adsorbent with capacity for combating the detrimental effects due to mycotoxin contamination of animal feed.
The success of the project will provide the opportunity for the development of the first adsorbent of mycotoxins subjected to a rigorous study of efficacy in Spain. It is expected that, with the results of this project, a new product with a multimycotoxinic adsorbent capacity will be obtained, improving the efficiency of detoxification of mycotoxins, and acting
in line with one of the priorities of the European Commission in its goal of ensuring food security.