GENAVIT: Nutrigenetic regulation of the content and composition of fat in the pig 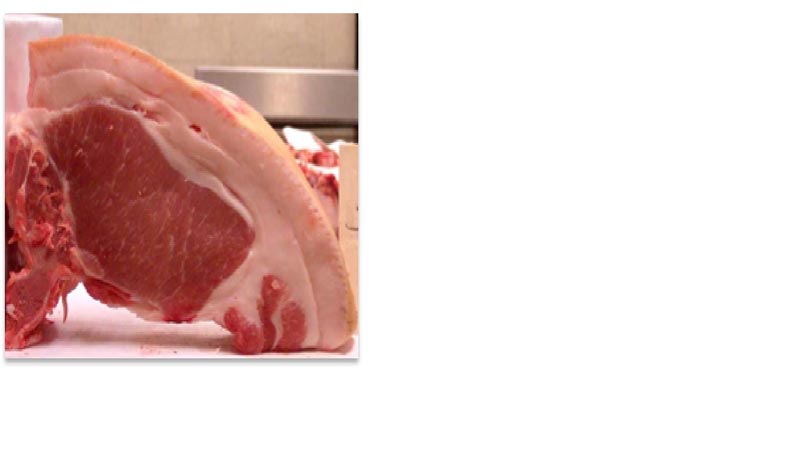 The latest nutritional guidelines recommend reducing the amount of saturated fat consumed and replacing it by mono- or Ω3-polyunsaturated fat, rather than with refined carbohydrates calories. Monounsaturated fatty acids (MUFA) represent the major portion of pork’s fat (about 35-55%), being oleic acid (OL) the most abundant (~ 90% MUFA). Intramuscular fat (IMF) composition also affects the technological quality of meat, such as oxidative stability or melting point of fat, and organoleptic attributes, particularly in dry-cured products. Therefore, fat composition, and not just its content, is beginning to be considered within the selection objectives of pig lines for high quality or cured products. MUFA content in pork has a strong genetic component. The stearoyl-CoA desaturase (SCD) enzyme synthesises MUFA from saturated fatty acids. In a previous project, a haplotype composed of three polymorphisms was identified in the promoter of the pig SCD gene in Duroc pigs. The favourable H1 haplotype improves MUFA and OL content and is associated with increased SCD mRNA expression. The second of these polymorphisms is located in a putative binding site for retinoic acid receptor transcription factors. Retinoic acid, the active metabolite of vitamin A, is critical to physiological functions such as energy homeostasis and immunity and indirectly, by competing with vitamin E, may affect the oxidative stability of meat. It is known that dietary restriction of vitamin A during fattening favours MUFA deposition, although the mechanisms by which this occurs are not known. The transregulation of SCD by retinoic acid may be one of them, especially if the SCD gene haplotypes are differentially expressed depending on the level of vitamin A in the diet. SCD gene activity can also affect the composition of milk in sows, which has been shown to influence lipid metabolism in their progeny. Whether the SCD gene haplotypes affect milk composition or the reproductive performance in sows has yet to be demonstrated.