Agrotecnio receives the visit of its Scientific Advisory Board 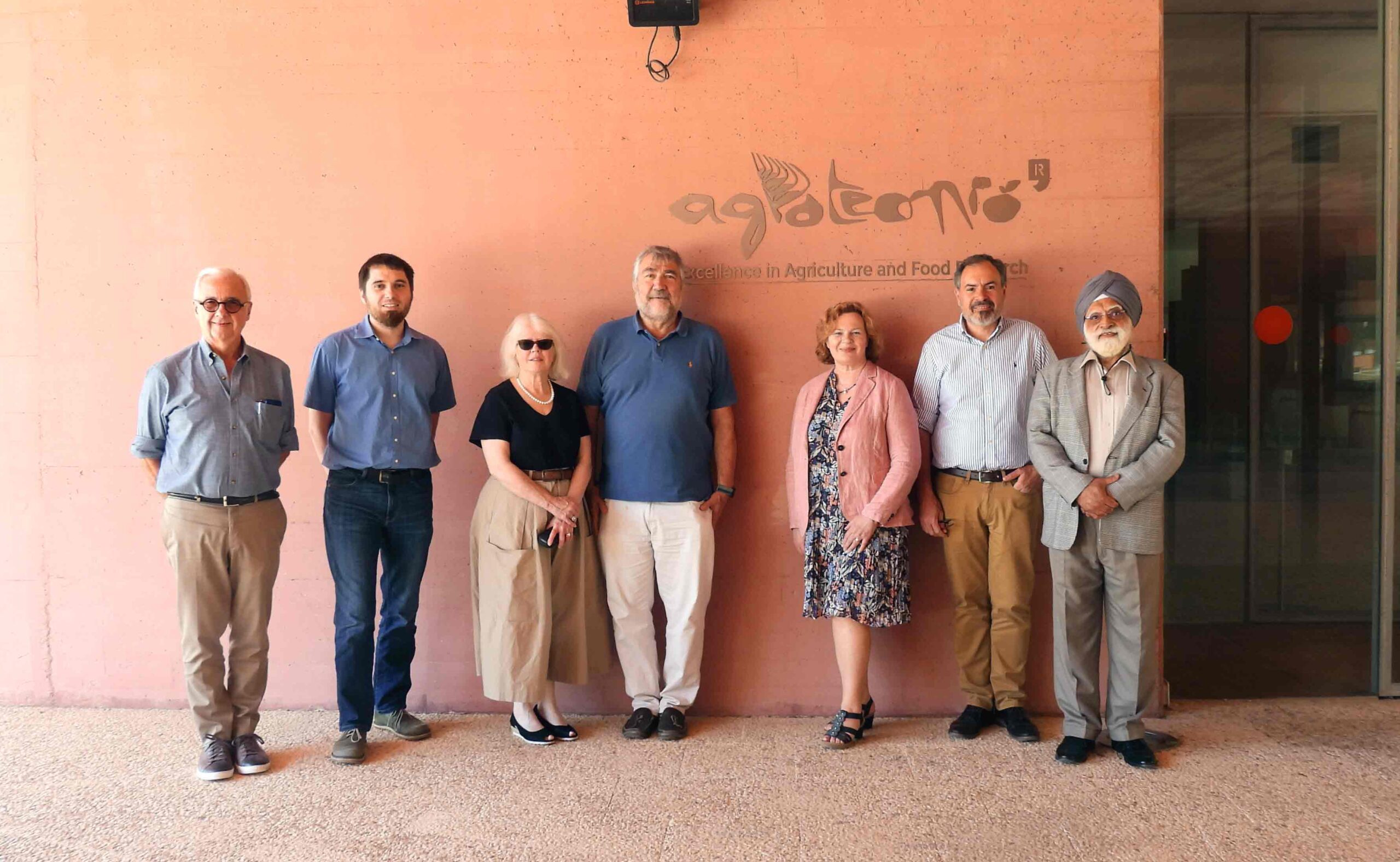 This week the Fundació Centre de Recerca en Agrotecnologia-Agrotecnio has received the visit of its Scientific Advisory Board (SAB), an external organism composed of international researchers and experts in the fields of agriculture, livestock and food science and technology. The aim of the visit, in addition to renewing the members of the SAB, was to evaluate Agrotecnio’s excellence in different areas such as research, scientific dissemination, technology transfer and human resources, among others. Thanks to their comments and suggestions, Agrotecnio will be able to define priorities and action points for the coming years.

The visit began on 9th May at the ETSEA Campus of the University of Lleida, where the director of Agrotecnio, Dr. Ignacio Romagosa, gave a presentation to the attendees on the centre’s activity in recent years. Following this, the SAB members held four sessions of meetings with the principal investigators of the 15 groups that make up the research centre. These meetings were key to publicise the work of the different groups, their scientific production, personnel and degree of technology transfer to companies, as well as to define positive points and areas for improvement. The day was devoted to getting to know the centre in depth, as well as to dialogue between the main people in charge.

On the second day of the visit, 10th May, the committee members met privately to discuss the issues of the previous day. After their analysis, they created a report that was communicated to Agrotecnio’s managers, which included the research centre’s strong points as well as suggestions for boosting its activity and growth. Finally, the members of the SAB were able to visit the facilities of both the research centre and the ETSEA Campus, positively valuing their quality.