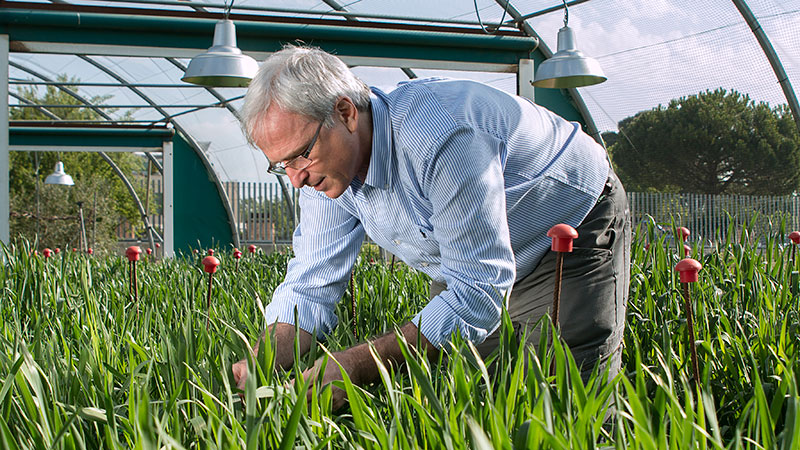 The Crop Science Society of America (CSSA)announces the following 2019 award recipient to be formally presented at the CSSA Awards Ceremony on 2019-11-13 during the scientific society’s Henry B. Gonzalez Convention Center, Stars at Night Ballrooms 3 & 4, Ballroom Level. The annualawards are presented for outstanding contributions to agronomy through education,national and international service, and research.

Gustavo A. Slafer, University of Lleida, LleidaSPAIN – CSSA Fellow: Gustavo A. Slafer, Research Professor of ICREA at the University of Lleida and AGROTECNIO Crop Physiology PI (Catalonia, Spain), is internationally recognised for his contributions to yield physiology of major field crops. Gustavo is also Honorary Professor at the Universities of Nottingham (UK) and Buenos Aires (Argentina, where he worked until 2003). He published >180 papers, > 90% in Q1 journals, 40 book chapters and 6 books by international publishers (eg Elsevier, CABI, Springer, Academic Press, Haworth Press, Marcel Dekker). H-index=53 (WoS Core Collection). Gustavo is Technical Editor for Crop Science and either associate editor or board member of other journals (including Food and Energy Security, Euphytica, Sci. Reports, Field Crops Res, Europ J Agron). He has been invited to deliver talks in numerous international centres/conferences. Gustavo was main supervisor 14 PhD students (and co-supervisor of several others). His h-index was 53 (WoS Core Collection, May 2019).

Fellow is the highest recognition bestowed by the Crop Science Society of America. Members of the Society nominate worthy colleagues based on their professional achievements and meritorious service. Up to 0.3 percent of the Society’s active and emeritus members may be elected Fellow.

Another relevant positions from Dr. Slafer:

* Member of the Editorial Board of Field Crops Research (Netherlands)

* Member of the Advisory Board of Agricultural and Food Science (Finland)

* President of the Committee for Evaluation of Research Groups of Agriculture of CSIC (Spanish Council for Scientific Research). 2017- 2018

* Awarded the prize Bolsa de Cereales 2018 Award, granted by the National Academy of Agronomy and Veterinary of Argentina

Here you have the original press new